Join NISL in making the world a better place. Get on board with training facilities globally, to be involved with current trends, needs and skills to bring the world closer to true sustainability. 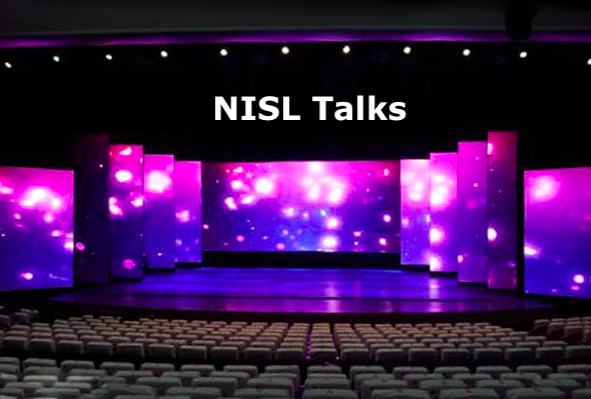 The world currently relies heavily on coal, oil, and natural gas for its energy. Fossil fuels are nonrenewable, that is, they draw on finite resources that will eventually dwindle, becoming too expensive or too environmentally damaging to retrieve. In contrast, renewable energy resources—such as wind and solar energy—are constantly replenished and will never run out.

Solar
Most renewable energy comes either directly or indirectly from the sun. Sunlight, or solar energy, can be used directly for heating and lighting homes and other buildings, for generating electricity, and for hot water heating, solar cooling, and a variety of commercial and industrial uses.
​
Wind
The sun's heat also drives the winds, whose energy is captured with wind turbines. Then, the winds and the sun's heat cause water to evaporate. When this water vapor turns into rain or snow and flows downhill into rivers or streams, its energy can be captured using hydropower.

Biomass
Along with the rain and snow, sunlight causes plants to grow. The organic matter that makes up those plants is known as biomass. Biomass can be used to produce electricity, transportation fuels, or chemicals. The use of biomass for any of these purposes is called biomass energy.

Hydrogen
Hydrogen also can be found in many organic compounds, as well as water. It's the most abundant element on the Earth. But it doesn't occur naturally as a gas. It's always combined with other elements, such as with oxygen to make water. Once separated from another element, hydrogen can be burned as a fuel or converted into electricity.

Geothermal
Not all renewable energy resources come from the sun. Geothermal energy taps the Earth's internal heat for a variety of uses, including electric power production, and the heating and cooling of buildings. And the energy of the ocean's tides comes from the gravitational pull of the moon and the sun upon the Earth.

Hydropower
Flowing water creates energy that can be captured and turned into electricity. This is called hydroelectric power or hydropower.

AccApp’20 is the fourteenth international topical meeting on the applications of accelerators; it is being organized by the Accelerator Applications Division of the American Nuclear Society (ANS) in co-operation with the International Atomic Energy Agency (IAEA). AccApp’20 will be held at the IAEA Headquarters in the Vienna International Centre, Vienna, Austria, 5-9 April 2020.
The purpose of these topical AccApp meetings is to provide an international forum for discussing the various applications of particle accelerators. Meetings are focused on the production and utilization of accelerator-produced neutrons, photons, electrons and other particles for scientific and industrial purposes; production or destruction of radionuclides significant for energy, medicine, cultural heritage, or other endeavors; safety and security applications; medical imaging, diagnostics, and therapeutic treatment. One of the great strengths of the AccApp meetings is the dissemination of knowledge on the diverse applications of accelerators.

AWEA is the national trade association of the U.S. wind energy industry. We represent 1,000 member companies and over 114,000 jobs in the U.S. economy, serving as a powerful voice for how wind works for America. Members include global leaders in wind power and energy development, turbine manufacturing, and component and service suppliers.

The (Solar) Power of our People
Solar Energy International takes pride in our decades of developing Solar Training and Renewable Energy curriculum, but what really sets SEI's training apart from any other organization is our people. In a recent Home Power Magazine article, it was found that SEI has more certified instructors and years of experience than any other solar training organization polled. So as you take an online course from SEI you can be assured you have a quality cadre of solar training and renewable energy instructors there to support you.

ISES is the largest international solar organization, with extensive membership worldwide.  ISES has members in more than 110 countries, and Global contacts and partners in over 50 countries with thousands of associate members, and almost 100 company and institutional members throughout the world.  Young ISES, a network of students and young professional ISES members, is now connecting young solar professionals worldwide.
﻿﻿ISES has a track record of strongly supporting the solar industry, helping shape public opinion through education and outreach activities and providing informed comment on global issues.
ISES advocates

Aquaculture offers an abundance of culinary optionsIt has become a truism that future growth of the supply of seafood will need to come from aquaculture. Yet only about 17% of the overall animal protein consumed worldwide in 2015 was from seafood (Food and Agriculture Organization, 2018). The greatest amount of animal protein consumed worldwide comes, of course, from terrestrial livestock production. What the future holds for the relative proportions of animal protein consumption between seafood and terrestrial livestock (or from lab-cultured meat for that matter) is unknowable. What we can discuss is how aquaculture/seafood fits into our present diets 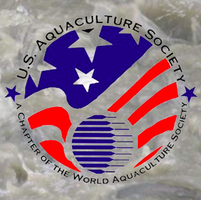 The mission of the USAS is to "provide a national forum for the exchange of timely information among aquaculture researchers, students and industry members in the United States. To accomplish this mission, the USAS will sponsor and convene workshops and meetings, foster educational opportunities and publish aquaculture-related materials important to U.S. aquaculture development." 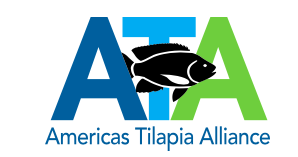 Aquaculture is the fastest growing segment of U.S. agriculture. The farm- gate value of the U.S. aquaculture industry is estimated at nearly $1 billion. Tilapia food fish production accounts for about 4% of the total value.
Tilapia are a group of two dozen species of freshwater, plant-eating fish native to Africa. Tilapia have been cultured for thousands of years, are the second largest aquacultured species in the world (after carp) and are grown in over 80 countries. They are considered an ideal fish for aquaculture; tilapia grow in a variety of environmental conditions, breed easily in captivity, are efficient converters of feed to fish meat, and have a mild flavor which appeals to consumers.

Aquaculture, or the production of fish, shellfish, and aquatic plants in a controlled environment, is the fastest growing segment of agriculture in America.

The vast majority of U.S. trout grown commercially for food are grown in Idaho, which accounts for over 75% of the production. It’s no secret that Idaho’s success is linked to a vast system of aquifers and springs. However, water of high purity and cold temperatures are found elsewhere in our country, giving rise to an industry that is truly national in scope. Other leading states include Pennsylvania, North Carolina, Washington, and California. Follow this link to the 2008 USDA Trout Production Report for more information.
​
In 2008, over 53 million pounds of trout, mostly rainbow trout, were grown in the U.S., primarily for the food fish market. Substantial numbers are also grown for recreational use.
Discover how bats save crops!

BCI is dedicated to the enduring protection of the world’s 1300+ species of bats and their habitats and creating a world in which bats and humans successfully coexist. In pursuit of this vision, during the next five years BCI will work worldwide at scale with local, regional, national and multinational public and private partners to respond rapidly and effectively to bat conservation crises, preventing the extinction of threatened bats and the extirpation of globally significant populations of bats.

Federal forest management dates back to 1876 when Congress created the office of Special Agent in the U.S. Department of Agriculture to assess the quality and conditions of forests in the United States. In 1881 the Department expanded the office into the Division of Forestry. A decade later Congress passed the Forest Reserve Act of 1891 authorizing the President to designate public lands in the West into what were then called “forest reserves.” Responsibility for these reserves fell under the Department of the Interior until 1905 when President Theodore Roosevelt transferred their care to the Department of Agriculture’s new U.S. Forest Service. Gifford Pinchot led this new agency as its first Chief, charged with caring for the newly renamed national forests.